For those willing to look through the clouds hanging over the sport, there were bright blue skies in Birmingham, U.K. on Sunday and a welcome chance to focus on running, jumping, and throwing. In the third Diamond League event in eight days, several British stars rose to the occasion and other top athletes made statements with 11 weeks left until World Champs in Beijing.

For dramatic finishes, the event of the day was the women’s 200 meters, where Allison Felix and Jeneba Tarmoh brought back memories of their tie for third place in the 100m at the 2012 Olympic Trials. Tarmoh once again got out to the quicker start, and they again crossed the line in unison, with rising U.K. superstar Dina Asher-Smith just a sliver behind. This time, Tarmoh was the winner in the photo finish. She and Felix ran 22:29, with Asher-Smith a hundredth behind in 22:30. 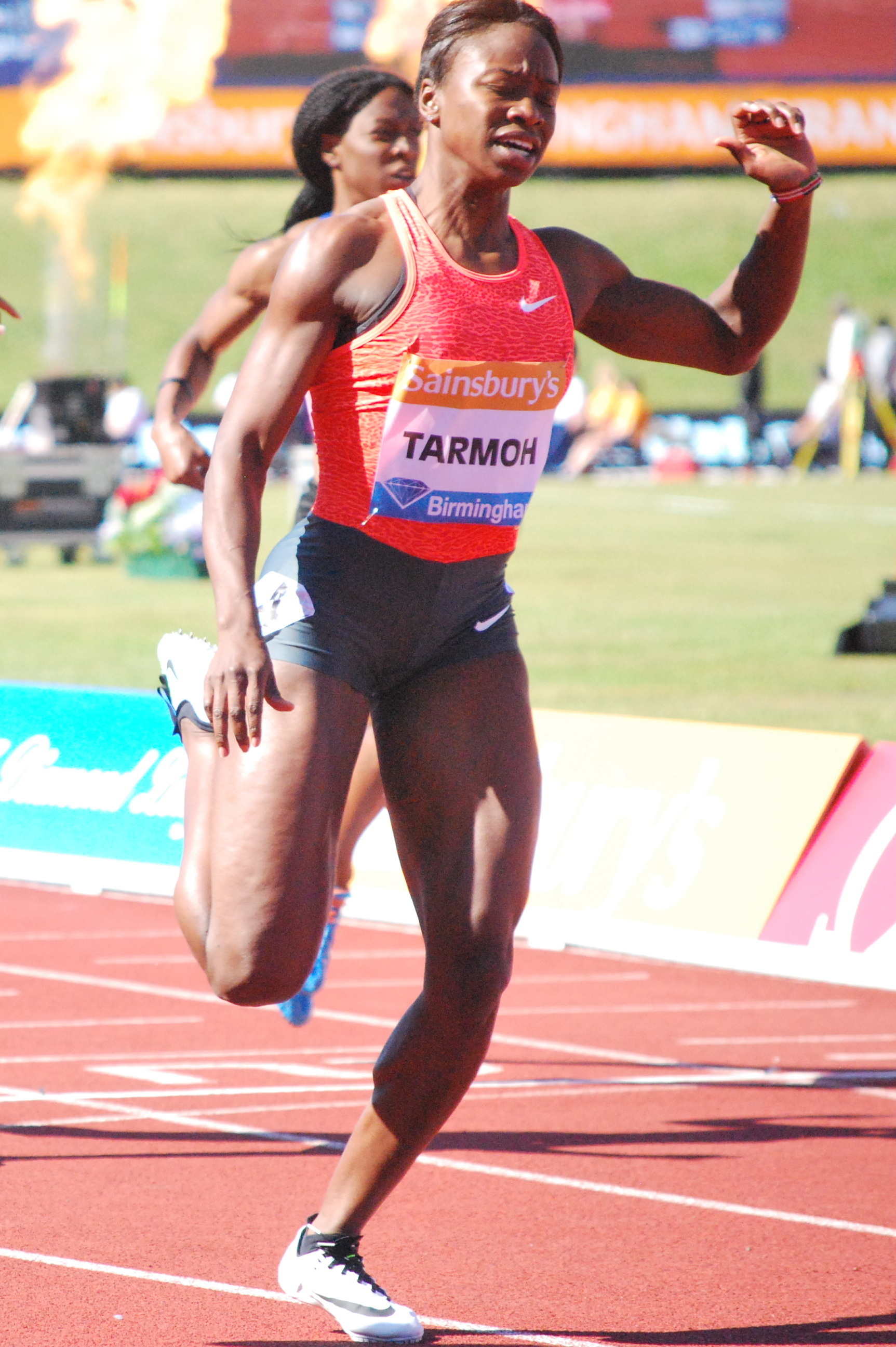 For the 19-year old Asher-Smith, it was a personal best of more than three-tenths of a second and came after she became the fastest U.K. woman ever with by running the 100 meters in 11.02 seconds at Hangelo, Netherlands, last month. 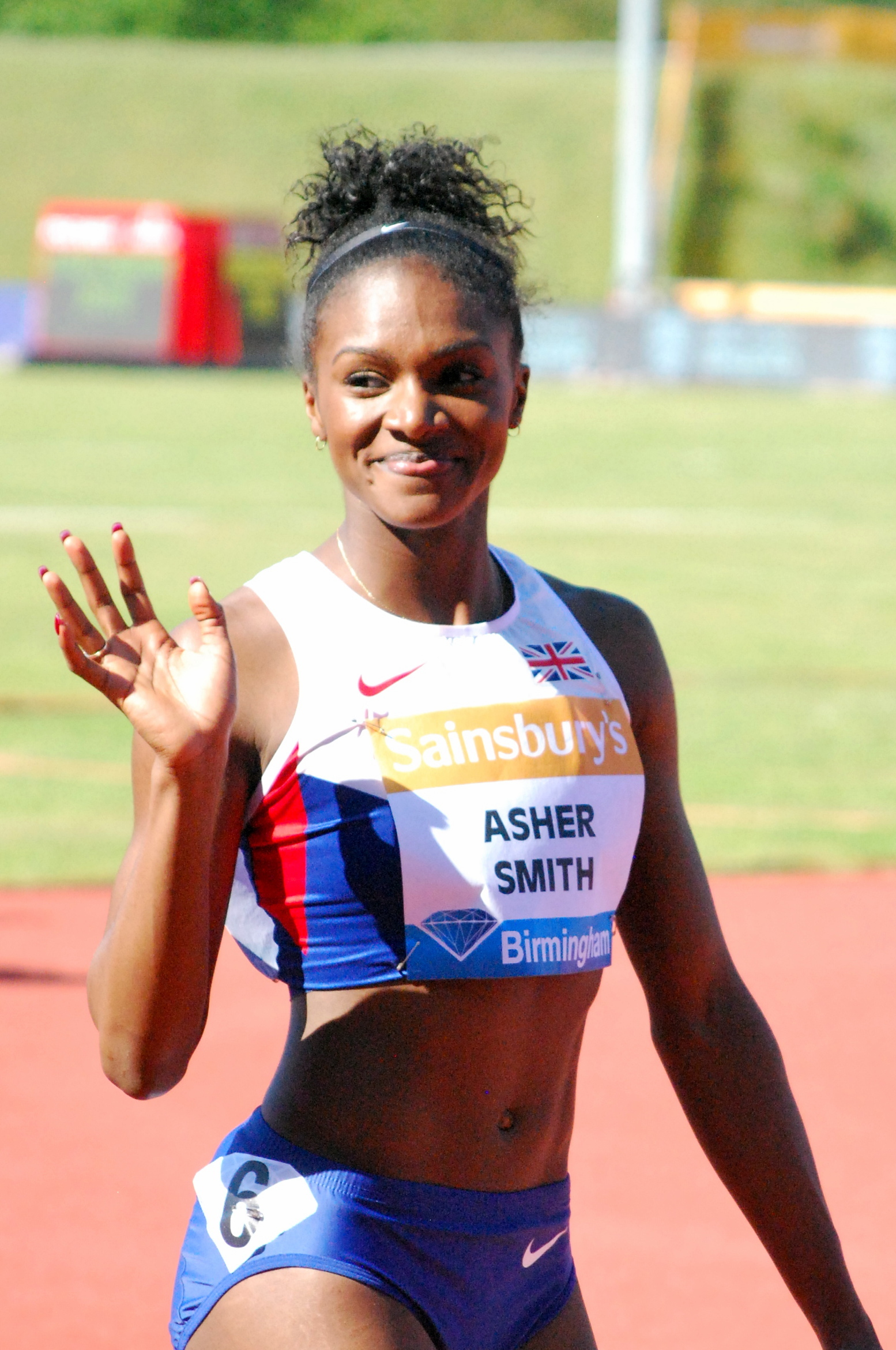 Mo Farah, Jessica Ennis-Hill, and long jumper Greg Rutherford will forever be linked by a Saturday night three years ago when each won Olympic gold in front of a roaring home-country crowd. While the first two withdrew from this meet, Rutherford held up his end of the bargain with a victorious 8.35-meter second jump. “I am chuffed to bits,” Rutherford said afterward. He also received the afternoon’s loudest ovation from the fans.

In distance events, the men’s 5,000 went out fast with a 2:33 first kilometer (12:45 pace) from the pacemakers. From about midway on it was a two-man affair as Thomas Longosiwa, the bronze medalist at this distance in London 2012, tucked in behind the younger and taller Isiah Koech. With about 480 meters to go, Longosiwa surged to the front, gained separation by the bell, and won handily with a 57-second-final lap – not the swiftest close by recent standards, but evidence that the wind and fast early pace had taken a toll. Australia’s Collis Birmingham made a bid for third in the final few laps but faded late to a finish seventh in 13:36. The stadium announcer pointed out that Collis was the only athlete with Birmingham written twice on his race bib.

In the men’s 800, Nigel Amos was his usual arm-flailing dynamo in the final meters, and took the win in 1:46.77 ahead of a late charge from Adam Kszczot of Poland. If we were grading outfits, Kszczot would have finished dead last with his green t-shirt beneath a purple singlet with black bottoms. Britain’s Guy Learmouth was tripped just past the midway point of this race and splayed out on the track as the back of the pack had to negotiate over and around him. American Eric Sowniski, who has high hopes to make the U.S. team for Beijing, said it rattled the field but the bigger factor in the slow times was the stiff wind on the backstretch. 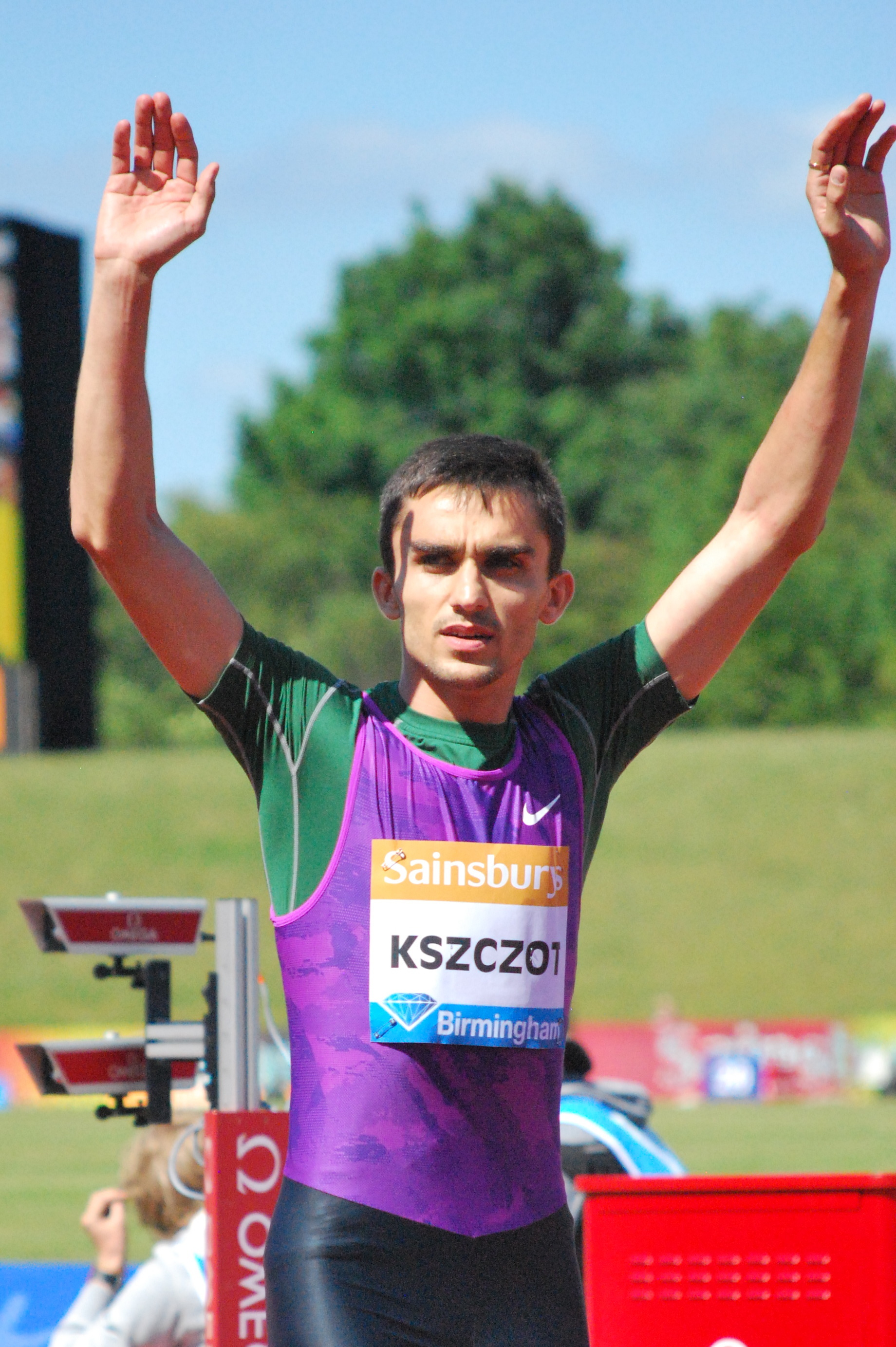 Since turning 40 in December, Bernard Lagat has been gobbling up master’s world records like Pac-Man (who himself turns 40 in a few years) and added another in the men’s 1,500 with a 2:41:87 for 8th place. Lagat has looked sharper in longer races this year, including a road 10K in Manchester, U.K. But this race made his best 1,500s such as his classic duels with Hicham El Guerrouj seem like eons ago. James Magut won in 3:37.61 and probably would have had a difficult time beating Farah, but it’s hard to know for sure. 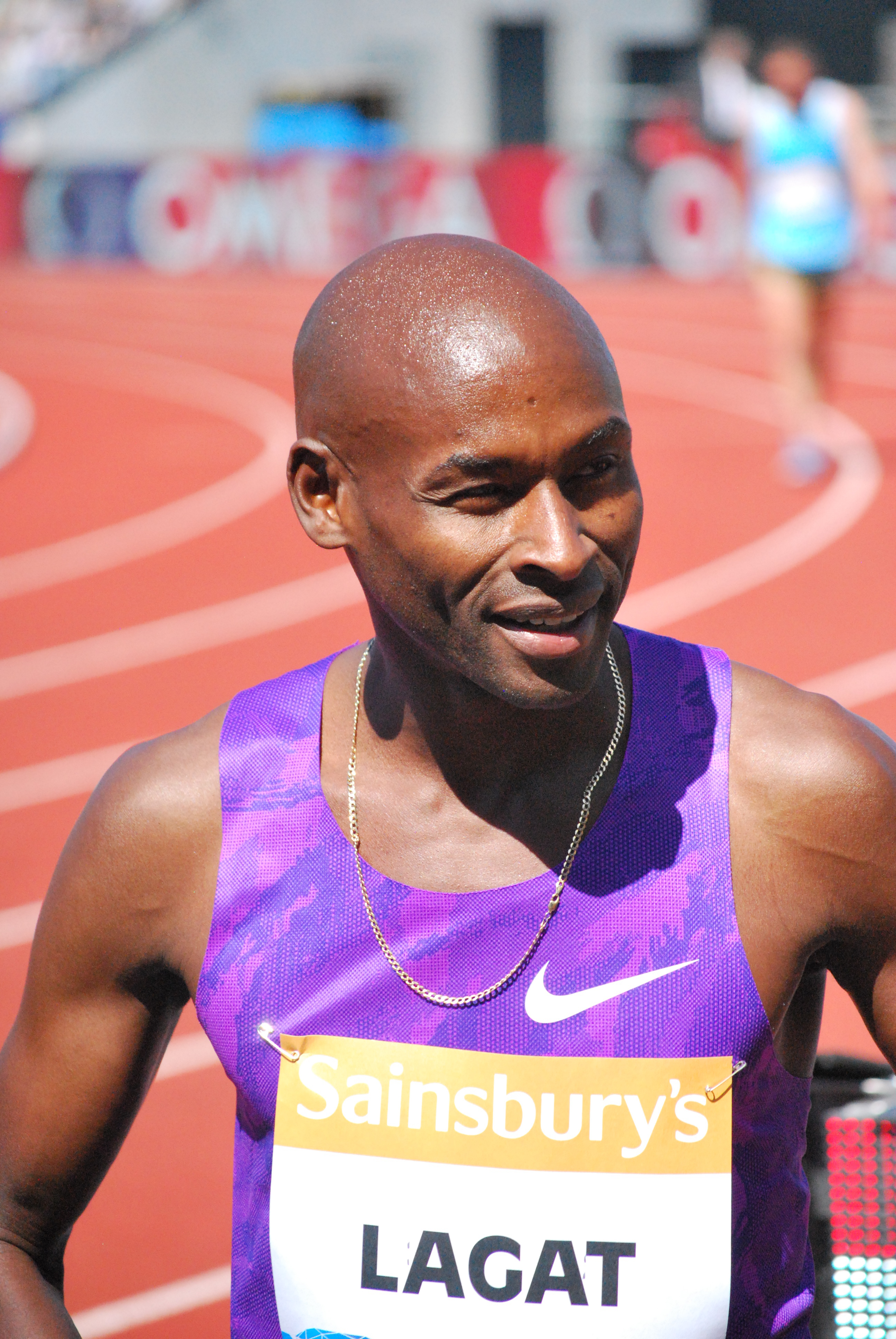 Kenya’s Eunice Sum won the women’s 800 with a 1.59.85, one week after winning a nail-biter with Ajee Wilson at the Pre Classic. Behind Sum was yet another strong performance by a Brit as Laura Muir set a personal best of 2.00.42. 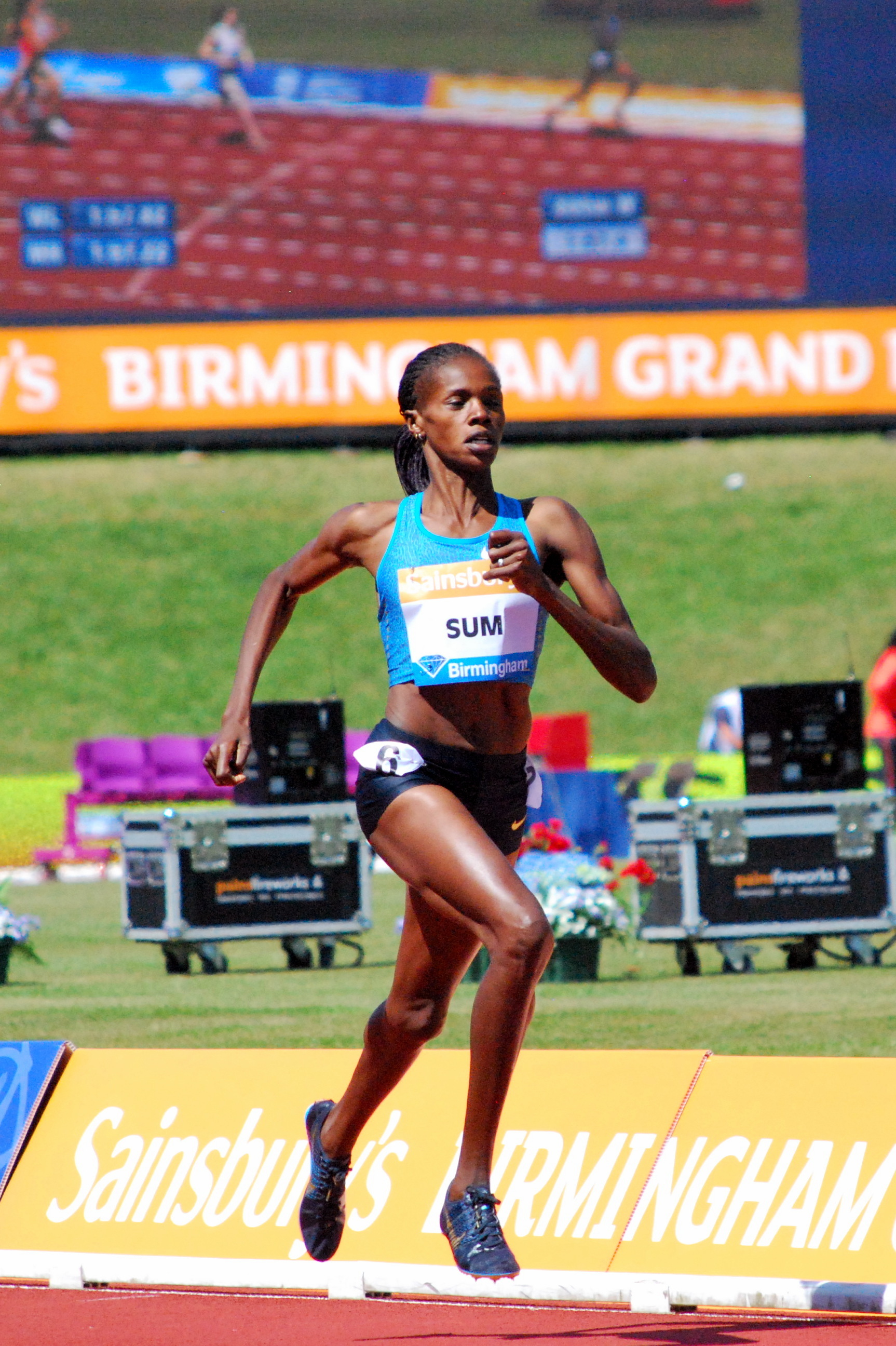 But it wasn’t all wine and roses for the British contingent. One athlete who left Birmingham disappointed was Jessica Judd, who in the U.S. is sometimes called “England’s Mary Cain.” A year older than Cain, Judd similarly took a brief pause from her training a year ago at age 19. Judd is now back and focused on the 1,500 but was looking to run quicker than her 4:12 for 10th place on Sunday.