James Chu of North Brooklyn Runners critiques the races at the Millrose Games in this first edition of the Chuey Awards. Envelope, please… 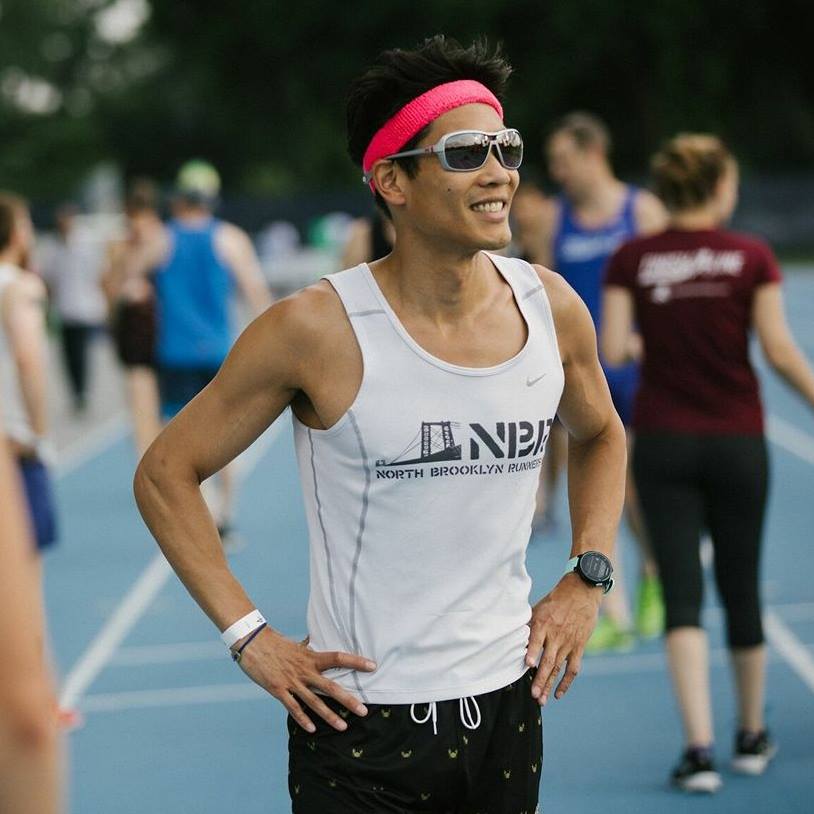 Most Predictable Race: Dr. Sander Men’s 3000m
It was no surprise when Andrew Butchart hit the front in a play to make things hurt for the competition soon after rabbit Travis Mahoney dropped out. It is Butchart’s M.O. and is something I personally appreciate about him. However, the high caliber field included such established kickers as Ryan Hill, NCAA cross country champion Justyn Knight, Garrett Heath, and Shadrack Kipchirchir from the always prepared and ready-to-rumble US Army training group, American Distance Project. 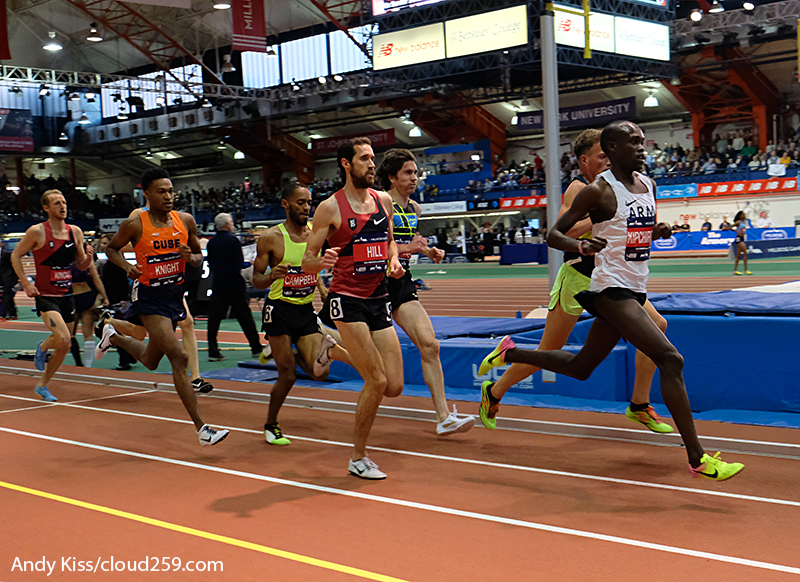 And so it was likely Butchart would not win. Sure enough, Kipchirchir sat comfortably on Butchart and made his move with 300m to go. Hill then unleashed his kick. Knight had the wheels to go by Hill and challenge Kipchirchir. Kipchirchir gave Knight a chance by stumbling near the rail on the final banked turn of the Armory track, but in the end he prevailed, as expected.
Top finishers
1) Kiphirchir 7:45.49, 2) Knight, 7:45.86, 3) Hill 7:46.65, 4) Kincaid 7:47.19, 5) Butchart 7:47.21
Best Executed Race: Mel Sheppard Men’s 800
Rabbit Russell Dinkins very evenly strung out the field through a 50 sec first 400. The field included Cas Loxsom (600m world record holder), Drew Windle (2017 US world champs team, one of the top kickers), Emmanuel Korir (NCAA champ, Kenyan champ, went pro after first year at UTEP) and Clayton Murphy (Olympic bronze medalist, 5th fastest American ever with a 1:42.93). The combination of premium rabbiting, a loaded field, and a fast track resulted in Korir crushing Johnny Gray’s Millrose Games record, with a strong effort by Brazier as well. 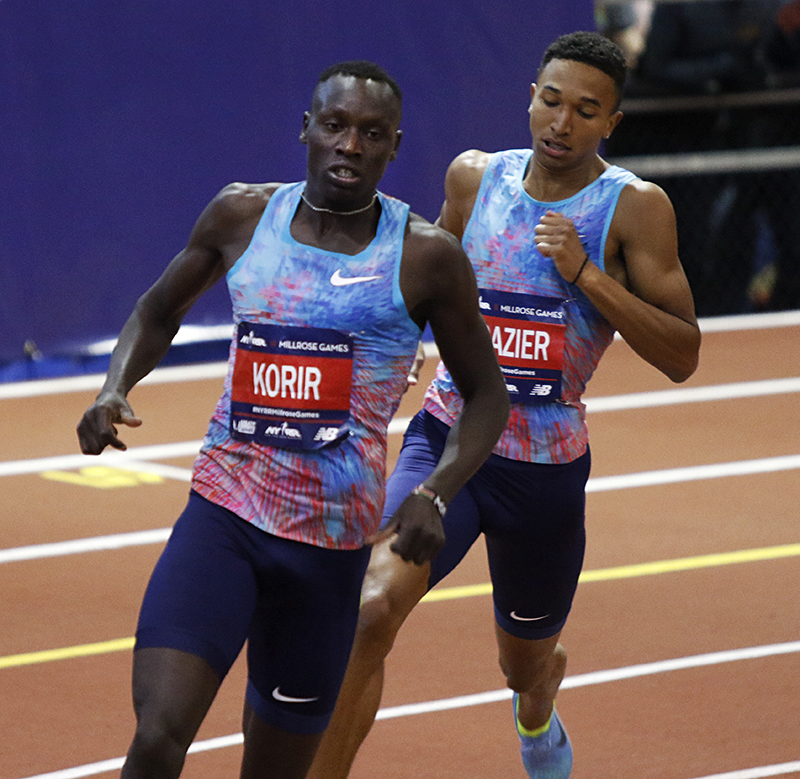 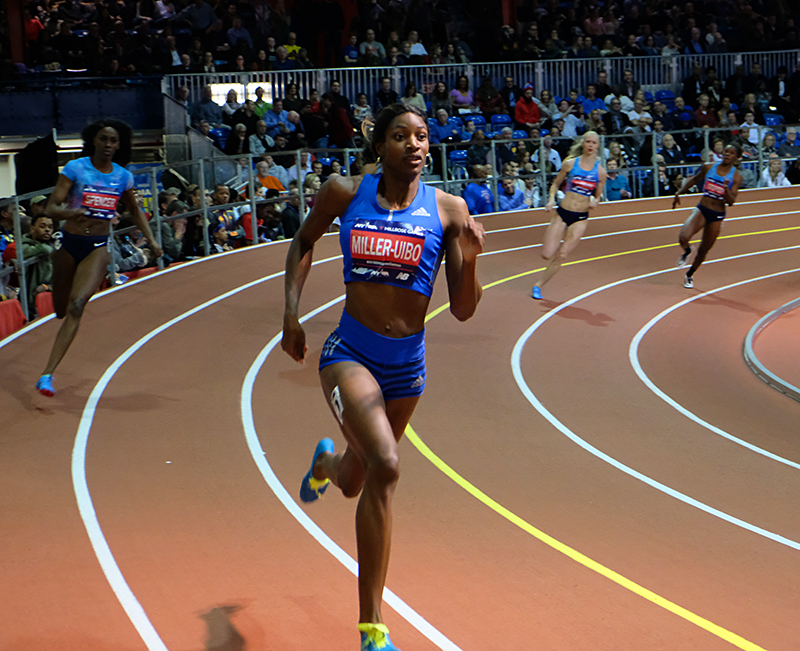 Top finishers
1) Miller-Uibo 35.45, 2) Watson 37.08, 3) Stepter 37.23, 4) Okolo 37.28, 5) Spencer 37.43
Least Gutsy Race: NYRR Women’s Wanamaker Mile
No one went with rabbit Therese Haiss in this one. Alexa Efraimson sensed the slow early pace and moved to the front, but it was a half-hearted attempt or perhaps a bluff to spur others to fill the gap to the rabbit. The start list suggested that the race would be tactical, as the field comprised women known for fast finishes. The result was fairly passive racing. 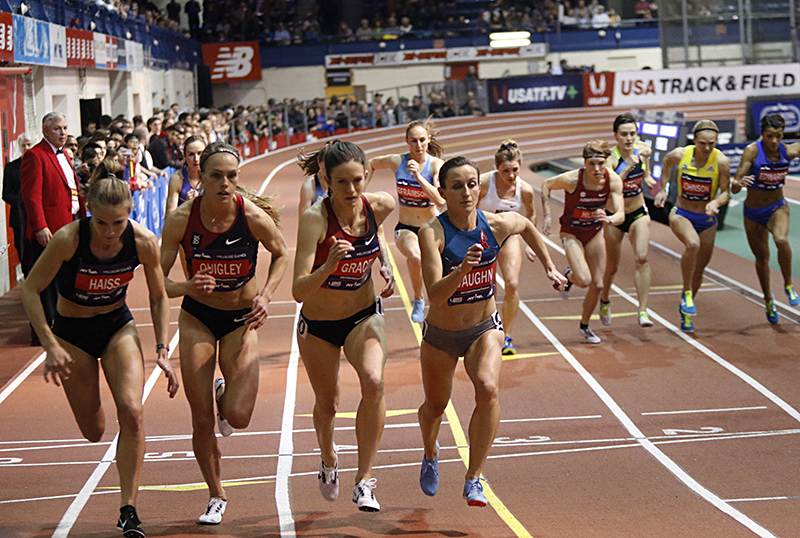 With runners bunching up, pre-race favorite Kate Grace found herself boxed in when the real racing began. Her Bowerman Track Club teammate Colleen Quigley had a significant head start when the pace picked up, and Grace wasn’t quite able to close the gap, finishing 0.03 seconds behind Quigley in a photo finish.
Top finishers
1) Quigley 4:30.05, 2) Grace 4:30.08, 3) Mageean 4:30.99, 4) Johnson 4:31.63, 5) Purrier 4:31.85
Most Exciting Race: Women’s 3000m
Fast times, a stellar field, and multiple lead changes made the women’s 3000 the most exciting race of the day. Aisha Praught-Leer and upstart NCAA champ Karissa Schweizer showed no fear, daring to challenge the World Steeplechase Champion Emma Coburn. Praught-Leer led and pushed the pace once the rabbits were off the track. Coburn and Schweizer also had turns in front before Praught-Leer regained the lead for good from about 220m out.

Praught-Leer set a Jamaican national record, Coburn smashed her PR, Dom Scott ran hard for 3rd, Schweizer would break Jenny Simpson’s NCAA record, and Katie Mackey hung off the back of the lead pack for a PR in 5th. Seven runners achieved the world standard of 8:50, and the top 3 beat the previous Millrose Games record.

Chris O’Hare opened up a gap and ran away from the field shockingly soon after rabbit Riley Masters stepped off the track. 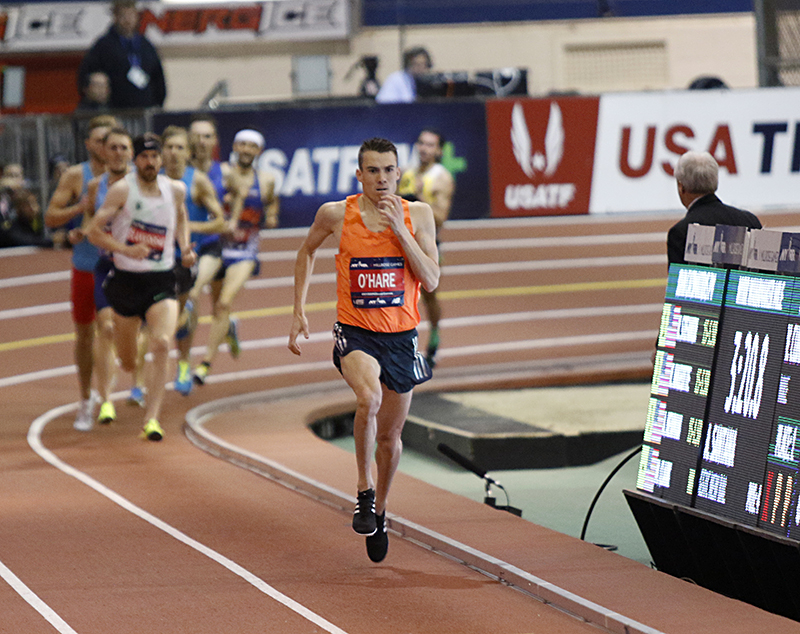