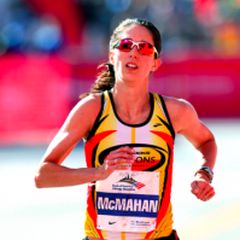 Dot McMahan will be running the marathon at the IAAF Championships in Moscow, and in Episode 12 we learn how the newly minted U.S. 25K champ has continued to sharpen her times through two Olympic Trials and one baby girl. We also get a report from Glen Redpath hot of the heels of his inspiring 12th place and sub-30 hour finish at Badwater (interview transcript). In the library, we highlight articles spawned by Andrew Begley’s survey on elite runners’ (lack of) earnings, and on the soapbox Brenn is moved by an article from Jesse Squire’s tracksuperfan.com site to ramble about drugs, journalism, and public relations.